Killyman RBDC No.1 supports the Grand Master’s Appeal for 2017.

Killyman Royal Black District Chapter presented a cheque for £6000 to the Grand Treasurer, Sir Knight David Livingstone, towards the Grand Master’s Appeal for the Designated Charity, MacMillan Cancer Support. The total presented to MacMillan from the Institution was £95,000. 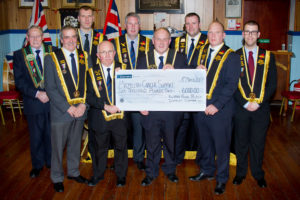 The Unfurling of new banner for Bush RBP No.4, Ulsters Chosen Few on Friday 25th June 2010. 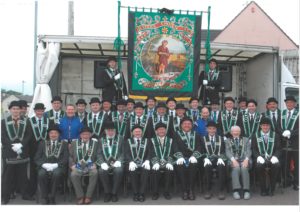 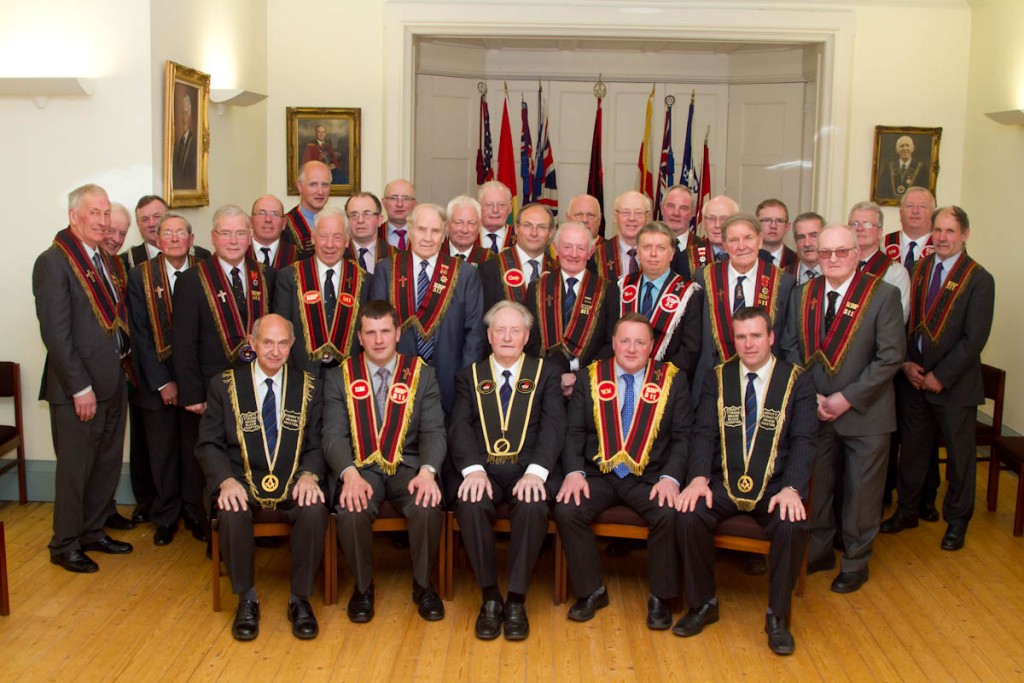 Killyman Temperance RBP 511 celebrated its 125th anniversary recently by having a meeting in the Cushnie Room of Brownlow House.

The Preceptory was formed in June 1890. It’s first WM was Sir Knight Rev E F Campbell, rector of Killyman Parish at that time. Sir Knight Rev Campbell was instrumental in setting up the Lord Enniskillen Memorial Orange Orphan’s Society which to this day continues to support widows and orphans of our institution.

From the initial roll two families remain until this day, that of Douglas and Gallagher. A grandnephew of the original Sir Knight George Douglas, Sir Knight Thomas Douglas is the present WM as he is assisted by Sir Knight Uel Eakin as DM. 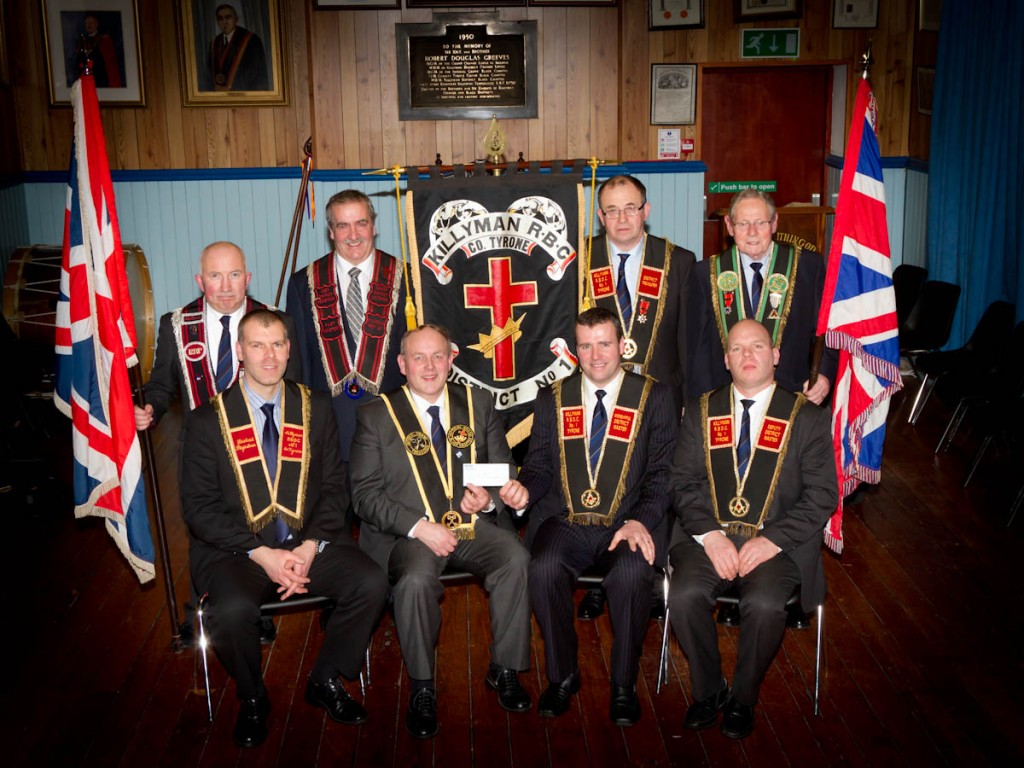 Killyman Royal Black District Chapter No. 1 present a cheque for £4000 towards the 2014/2015 Grand Masters Charity Appeal. The sum was raised by events run be each of the Preceptories within the District and from the Annual District Carol Service.

In total the sum of £85000 was raised for two Christian charities, the Bible Society in Northern Ireland and Mission Aviation Fellowship. The money will be used to send bibles to Christians in South Sudan and bring humanitarian aid to remote communities. 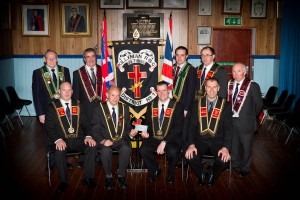 Killyman Royal Black District Chapter No. 1 present a cheque for £5000 towards the Grand Masters Charity Appeal for the Alzheimer’s Society.

The sum was raised by the generosity of the Preceptories within the District and from the District Carol Services.

The Worshipful District Master, Sir Knight Richard Emerson, wishes to express the thanks of the District Chapter to all those who organised and supported the various fund raising events.